In the span of eight years, two Olympics and two World Cups occur; a child learns to talk, walk, and read; and in iKure’s case, a personal hardship can lead to the formation of an entire transformative primary healthcare company.

iKure’s story began when Sujay Santra, founder and CEO, was living and working in Bangalore, India in 2009. At the time, Sujay was a solution architect at Oracle, a cloud application and platform services company, and was fully immersed in the technology space. While working, he received news from home that his father was experiencing cardiac health issues and needed specialist care to address the issue. Sujay’s father began seeking care, traveling back and forth between local providers to identify the medications and support that he needed to recover. Unfortunately, after six months of consultation and instruction, Sujay’s father and family were informed that the wrong medication had been prescribed due to a lack of care coordination and expertise.

For Sujay, this personal experience had him wondering how someone with significant education, access to technology, and financial resources could be put into this situation – and how those without the same knowledge and privileges would navigate the healthcare system. Seeing a lack of technological applications in health that could coordinate care between multiple providers and across patients, Sujay established iKure Techsoft in 2010 to keep the provider-patient conversation continuing beyond clinical walls. 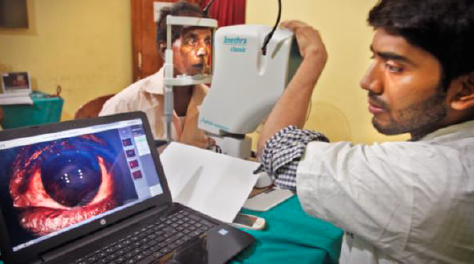 iKure’s mission is to provide community-based, holistic healthcare services reaching rural residents using technology innovation and a hub-and-spoke model. Thus, iKure delivers care through clinics, or hubs, but is also able to extend their reach through community health workers (CHWs), or spokes. Over the last three months alone, iKure reached more than 4,000 last-mile health patients through their vast network of community health workers. They’ve also grown to own and operate five hubs with plans to grow to a total of 125 in the next two to three years. At the clinics, doctors conduct general consultations, as well other services such as electrocardiography, blood sugar tests, hemoglobin tests, pathology, and telemedicine services.  Last year, iKure conducted successful camps on eye screening health awareness for various disease profiles, WASH (water, sanitation, and hygiene), diabetes, hypertension, and maternal and child health.

In addition to the clinics, iKure trains CHWs to monitor, track, and collect patient data using point-of-care devices supported by a low-cost data analysis software named Wireless Health Incident Monitoring System (WHIMS). The CHWs can provide personalized, specific and professional care to rural residents through the point-of-care technologies at the patient’s doorstep. WHIMS is a patent-pending licensed software that uses iKure’s accumulated patient and disease data for the development of health-related programs. 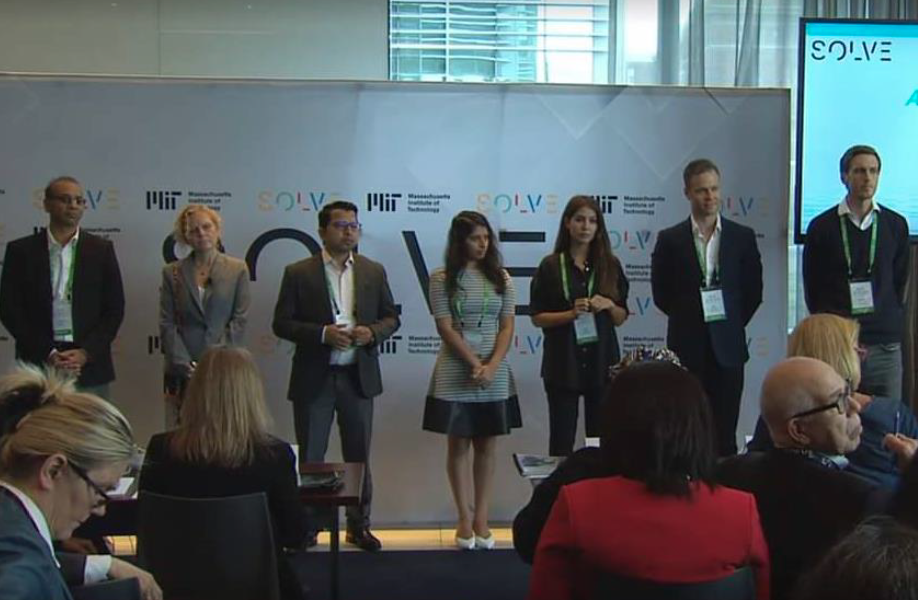 In 2018, iKure launched WHIMS 3.0, which is being used in eight countries around the world. As a result of the patient and disease data, the medical team utilizes the health data to study various endemic diseases found in the community and develop research partnerships to analyze the root causes of the diseases. Overall, iKure has profiled approximately 58 diseases, and this enables them to develop community-based interventions. Thus, WHIMS enables iKure to not only deliver care, but collect information for preventive and preemptive action. Last year, WHIMS was even selected by MIT Solve Judges as one of the Top 60 Innovations in the world.

In addition to their operations in India, iKure debuted in Vietnam in 2018 with the Medical Alliance HM group. Next up, iKure will be collaborating with Homecares, INNOTEK, Job Links, and AT Group to build an integrated healthcare continuum using technology innovations, frontline health workers, and data-driven analytics to reduce treatment errors and improve quality of care for 500,000 beneficiaries. This will take place in Hanoi, Danang, Ho Chi Minh City, and Can Tho over the next two years.

Be sure to follow along on iKure’s journey; they’re going to accomplish even more over the next 10 years.