In 2013, MiracleFeet was founded thanks to a timely and fortuitous convergence of people and interests. While working at The University of Iowa, current Executive Director Chesca Colloredo-Mansfeld learned of Dr. Ignacio Ponseti’s groundbreaking treatment for clubfoot and the need for it in the developing world. Seeing a video of a Ugandan boy watching his peers play soccer from a doorway, his feet twisted inward, inspired 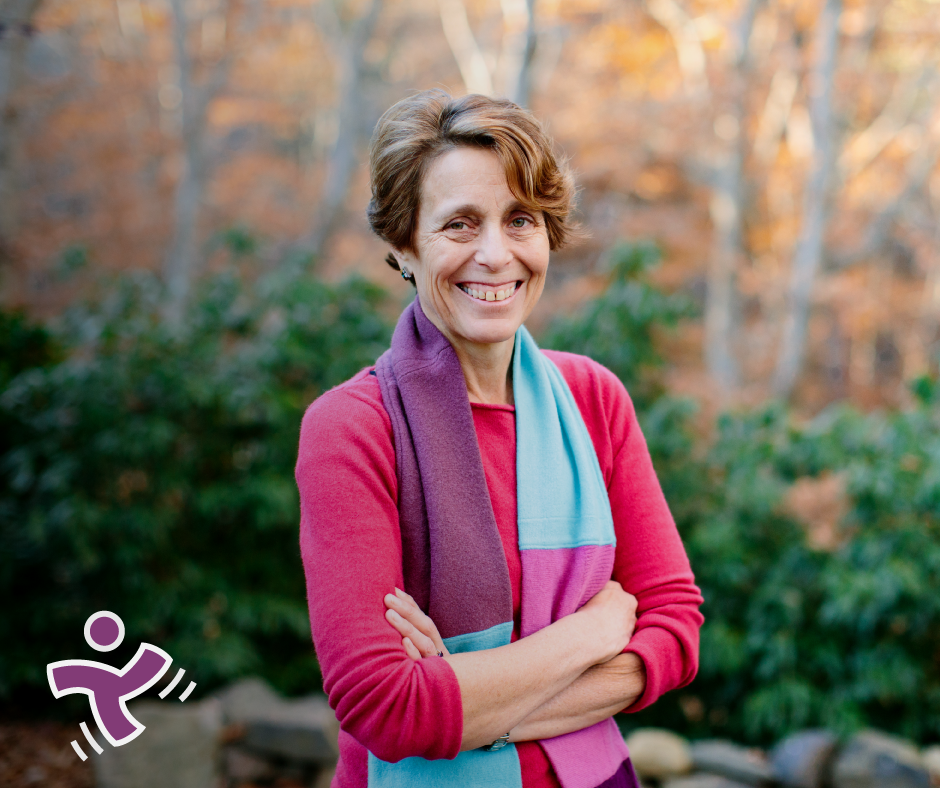 Chesca to do something about a problem that on the surface seemed solvable and would fulfill her lifelong desire to make a difference in sub-Saharan Africa, where she had lived as a child. At the same time, Roger and Bridget Ryan Berman, parents to a child born with clubfoot, had been amazed to learn that the treatment their son had received to completely cure his clubfoot was not available to children born outside the U.S. and Europe. They had started to work on a plan to help bring the Ponseti Method to the rest of the world. Fortunately, the Bermans, Dr. Josh Hyman, the orthopedic surgeon who treated the Berman’s child, and Chesca were able to connect, and MiracleFeet was created. Learn more about Chesca here.

When it comes to correcting clubfoot —and most likely determining long-term success—the final stage requires a brace, consisting of shoes and a bar, that’s worn every night for up to four years to prevent the feet from relapsing. MiracleFeet recognized there was a need to fill when it came to clubfoot braces, which were either high-quality but unaffordable (up to $1,000) or inexpensive but hard to use and uncomfortable for the child. 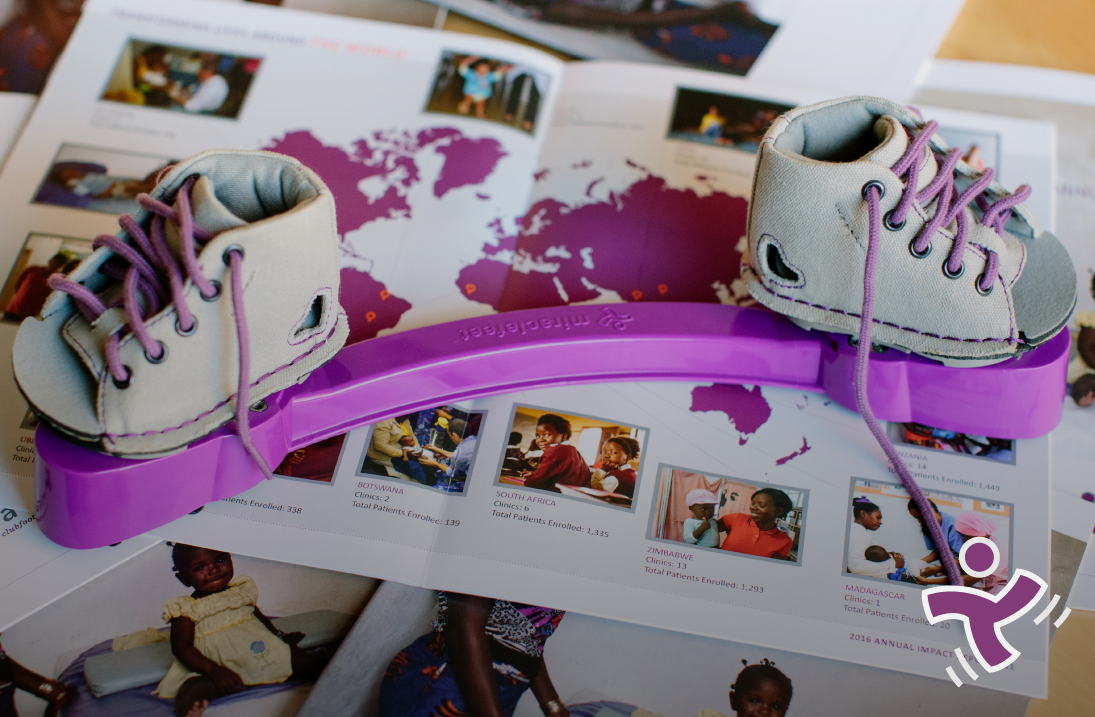 As a result, MiracleFeet set out to design a brace that would be affordable, easy to use, and durable. The result was an award-winning design developed through generous and fortuitous partnerships with Stanford University’s Design School, Clarks Shoes, Suncast, Fortune Footwear, and many others. In 2015, MiracleFeet sent their first major shipment out into the world, and more than 12,000 children are using the brace to date.

The MiracleFeet Brace has won numerous awards for innovation and design, including the prestigious Tech Award from the Museum of Innovation in San Jose, and has been covered by the New York Times, MSNBC, Wired.com, and BBC.

In addition to these companies, patients and families are also enamored by MiracleFeet’s work. A recent third-party impact evaluation of our work 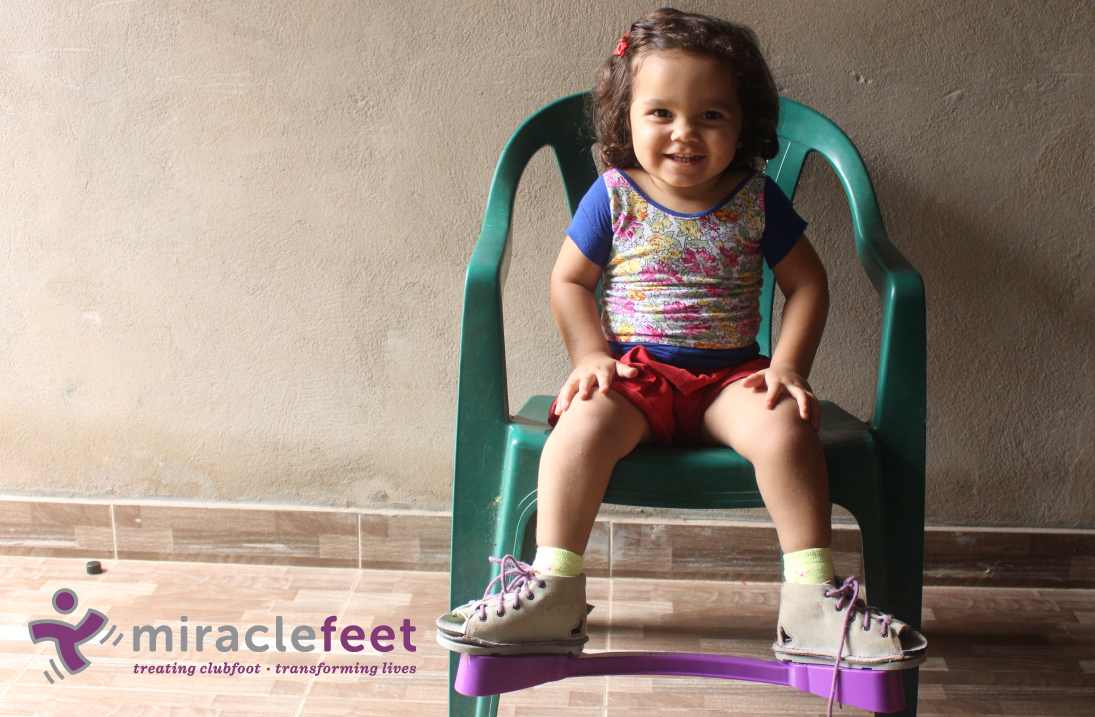 , conducted by Acumen-founded Lean Data, offers remarkable proof that their approach works and changes lives:  94% of 470 guardians surveyed reported their child can walk without difficulty or assistance—and 98% say their child’s quality of life has improved due to the treatment they received.Measures of family satisfaction and treatment success were also remarkably high and uniform across countries studied—you could even say “off the charts.” They received a Net Promoter Score of 83 from families in the evaluation—double the Lean Data portfolio average of 42. (Apple, Amazon, and Netflix have scores of 66, 66, and 64 respectively). This is evidence that MiracleFeet’s model and the Ponseti Method are both highly effective and scalable.

Learn more about MiracleFeet by checking out their website here.